当前位置： X-MOL 学术 › arXiv.cs.CC › 论文详情
Characterizations and approximability of hard counting classes below #P
arXiv - CS - Computational Complexity Pub Date : 2020-03-05 , DOI: arxiv-2003.02524 Eleni Bakali; Aggeliki Chalki; Aris Pagourtzis
An important objective of research in counting complexity is to understand which counting problems are approximable. In this quest, the complexity class TotP, a hard subclass of #P, is of key importance, as it contains self-reducible counting problems with easy decision version, thus eligible to be approximable. Indeed, most problems known so far to admit an fpras fall into this class. An open question raised recently by the community of descriptive complexity is to find a logical characterization of TotP and of robust subclasses of TotP. In this work we define two subclasses of TotP, in terms of descriptive complexity, both of which are robust in the sense that they have natural complete problems, which are defined in terms of satisfiability of Boolean formulae. We then explore the relationship between the class of approximable counting problems and TotP. We prove that TotP $\nsubseteq$ FPRAS if and only if NP $\neq$ RP and FPRAS $\nsubseteq$ TotP unless RP = P. To this end we introduce two ancillary classes that can both be seen as counting versions of RP. We further show that FPRAS lies between one of these classes and a counting version of BPP. Finally, we provide a complete picture of inclusions among all the classes defined or discussed in this paper with respect to different conjectures about the NP vs. RP vs. P questions.
更新日期：2020-03-06
点击分享   查看原文
点击收藏 取消收藏
全部期刊列表>> 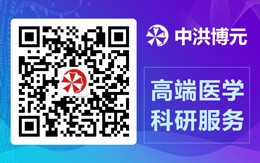