Arsenic biotransformation has been discovered in guts of soil invertebrates. Reproduction of invertebrates is sensitive to arsenic contamination in soils. However, little is known about the impact of gut microbe-mediated arsenic biotransformation on the fecundity of invertebrates. Here, Caenorhabditis elegans were firstly pre-fed with Escherichia coli BL21 possessing the capability of reducing arsenate [As(V)] or BL21M having the ability to reduce As(V) and methylate arsenite [As(III)], then inoculated worms were transferred to inactive E. coli AW3110 (harboring no arsenic transformation gene)-seeded plates with As(V) at different concentrations. Quantification of gut microbes showed that both E. coli BL21 and BL21M stably colonized in the guts after worms were cultured on inactive E. coli AW3110-seeded plates for 72 h. The analysis of arsenic species indicated that there was As(III) in C. elegans guts colonized with E. coli BL21, As(III) and dimethylarsinic acid [DMAs(V)] in C. elegans guts with E. coli BL21M exposed to As(V) for 6 h. After treatment of 100 μM As(V), decrease in brood sizes was observed for worms that were colonized with E. coli BL21 or BL21M compared to that with AW3110 in the gut. The levels of vitellogenin (VTG), glutathione S-transferases (GST) and superoxide dismutase (SOD), closely linked to reproduction and antioxidation-linked indicators, were the highest in worms whose guts colonized with E. coli BL21, followed by worms colonized with E. coli BL21M and worms colonized with inactive E. coli AW3110 exposed to As(V). Our results indicated the toxic impact of As(III) and DMAs(V) produced by gut microbes on reproduction of C. elegans. The work provides novel insight into the interplay between arsenic biotransformation mediated by gut microbes and the host fecundity in soils. 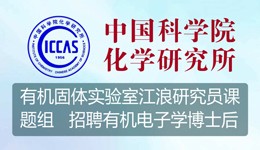