当前位置： X-MOL 学术 › Prog. Nucl. Magn. Reson. Spectrosc. › 论文详情
Broadband solid-state MAS NMR of paramagnetic systems.
Progress in Nuclear Magnetic Resonance Spectroscopy ( IF 8.848 ) Pub Date : 2015-02-12 , DOI: 10.1016/j.pnmrs.2014.12.002 Andrew J Pell,Guido Pintacuda
The combination of new magnet and probe technology with increasingly sophisticated pulse sequences has resulted in an increase in the number of applications of solid-state nuclear magnetic resonance (NMR) spectroscopy to paramagnetic materials and biomolecules. The interaction between the paramagnetic metal ions and the NMR-active nuclei often yields crucial structural or electronic information about the system. In particular the application of magic-angle spinning (MAS) has been shown to be crucial to obtaining resolution that is sufficiently high for studying complex systems. However such systems are generally extremely difficult to study as the shifts and shift anisotropies resulting from the same paramagnetic interaction broaden the spectrum beyond excitation and detection, and the paramagnetic relaxation enhancement (PRE) shortens the lifetimes of the excited signals considerably. One specific area that has therefore been receiving significant attention in recent years, and for which great improvements have been seen, is the development of broadband NMR sequences. The development of new excitation and inversion sequences for paramagnetic systems under MAS has often made the difference between the spectrum being unobtainable, and a complete NMR study being possible. However the development of the new sequences must explicitly take account of the modulation of the anisotropic shift interactions due to the sample rotation, with the resulting spin dynamics often being complicated considerably. The NMR sequences can either be helped or hindered by MAS, with the efficiency of some pulse schemes being destroyed, and others being greatly enhanced. This review describes the pulse sequences that have recently been proposed for broadband excitation, inversion, and refocussing of the signal components of paramagnetic systems. In doing so we define exactly what is meant by "broadband" under spinning conditions, and what the perfect pulse scheme should deliver. We also give a unified description of the spin dynamics under MAS which highlights the strengths and weaknesses of the various schemes, and which can be used as guidance for future research in this area. All the reviewed pulse schemes are evaluated both with simulations and experimental data obtained on the battery material LiFe(0.5)Mn(0.5)PO(4) which is typical of the complexity of the paramagnetic systems that are currently under study.
更新日期：2019-11-01
点击分享   查看原文
点击收藏 取消收藏
全部期刊列表>> 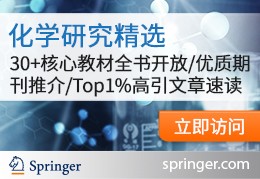